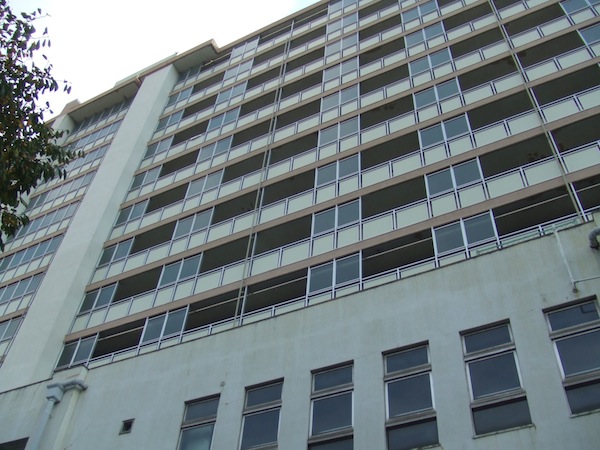 Ever since the March 2011 earthquake, Tokyo has been reassessing its disaster preparedness policies with mixed results. Though the residents of the city have definitely become more knowledgeable about their vulnerability and what needs to be done to save as many lives as possible in the event of a major quake, not much, in fact, has been done, owing mainly to the usual issues involving private property versus public responsibility. Tens of thousands of old wooden houses, packed tightly together in some neighborhoods, are basically kindling for the inevitable conflagrations that will start after an earthquake hits. Since the local government doesn’t feel it can force these people to move or rebuild their houses (which would, in accordance with zoning laws that have gone into effect since they were originally built, force them to construct smaller abodes then they already occupy) their dire prediction falls on deaf ears. Libertarians and individuals with fond feelings about Tokyo’s uniquely quaint neighborhoods condemn any sort of regulatory move that would change the character of those neighborhoods, but it’s clear that these neighborhoods, as well as the people who live in them, won’t survive a big quake. They didn’t survive the 1923 quake, and the situation isn’t really that much different.

The same seems to go for condominiums and apartments, though in a different way. Late last year, the Tokyo government sent out questionnaires to building management companies and condo owner associations to determine the status of quake-proofing for collective housing in the city. Owner-occupied and rental combined, Tokyo has some 132,600 multi-resident buildings, 24,000 of which were built before 1981 when stricter quake-proofing standards went into effect. About 52,000 questionnaires were sent out, and one-tenth were completed and returned. Of these, only 11 percent said that their buildings have been inspected for structural integrity–17 percent for condos and 6 percent for rental apartments. Another 8 percent said they “planned to carry out inspections,” while 9 percent plan to “discuss the matter.” Sixty-three percent responded that they have no plans to do anything. Among the buildings that did carry out inspections, 60 percent were told that they needed “further reinforcements,” but only 4 percent have actually carried out any reinforcement work. END_OF_DOCUMENT_TOKEN_TO_BE_REPLACED 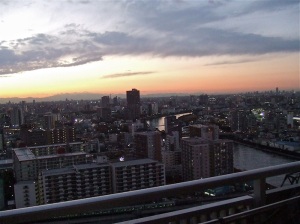 A view to die for

I certainly don’t believe any of that “divine retribution” crap, which happens to unify the philosophies of right wing broadcaster Glenn Beck and Tokyo governor Shintaro Ishihara; but I can appreciate a cosmic joke. The massive earthquake that hit northeast Japan on Mar. 11 came right in the middle of moving season. The Japanese fiscal year, not to mention the school year, begins April 1 or thereabouts, and traditionally many people move house during the month of March, because of job transfers, university admission, or they just like to do what everybody else is doing. Consequently, there were a few trucks outside our 38-story building the weekend after the quake, carrying furniture for folks who were moving in. Fortunately, the freight elevator was operational again by the morning of the 12th, but what did those new arrivals think standing in their new apartment while it swayed back and forth during one of the many aftershocks?

Who knows? Maybe they were in a high-rise before, but in any case the quake helped test a theory, at least partially: Would all these earthquake-proofed structures actually withstand a massive quake? Of course, the epicenter of the one we experienced was a hundred kilometers off the coast of Iwate Prefecture, but according to reports, no buildings collapsed in Sendai, the nearest large city to the quake and one with its own share of skyscrapers. So the technology seems to work, and while it certainly saves lives and property, it doesn’t solve a more intractable problem: Once you’ve been in a large earthquake in a high rise, you don’t want to be in another one. END_OF_DOCUMENT_TOKEN_TO_BE_REPLACED