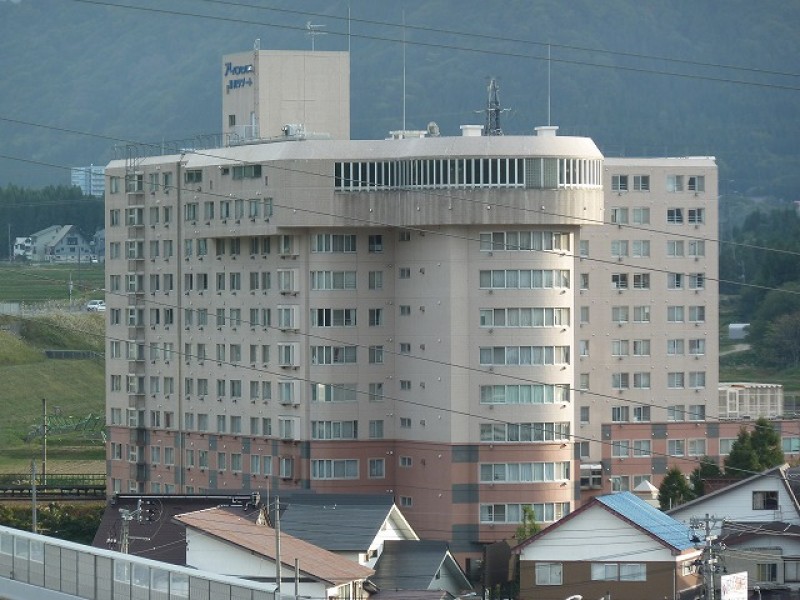 Several times on this blog we’ve written about the collapsed market for resort condominiums, which are conveniently called “rizoman” (for “resort mansions”) in Japanese. The majority of these apartments were built during the asset-inflated bubble period of the late 80s and the hangover from that period in the early 90s. Many, but not all, were attendant to the ski boom, and after the bubble burst and people’s interest in skiing deflated, more and more of these condos were abandoned by their owners, the result being thousands of empty units in vacation areas throughout Japan. More importantly, however, it also meant huge losses in property taxes for local governments and the deterioration of condo complexes that were no longer collecting management fees from absent owners, most of whom lived in major cities. These specific circumstances led to an unusual phenomenon. The units themselves dropped dramatically in price on the resale market and could be had for a song (or even a verse), but they could hardly be sold because even if the market price was only a million yen or cheaper, whoever bought them would also have to cover the back taxes owed, not to mention the unpaid management fees, and together these two debts could run into milions and millions of yen.

At the end of last month, Asahi Shimbun ran a series of articles about a turnaround in Yuzawa, Niigata Prefecture, which is the closest town to one of Japan’s most famous ski and hot spring resorts. (It’s also where the Fuji Rock Festival is held in July.) Yuzawa has been for years the poster child for the crippled rizoman market, a place that saw a huge amount of construction in the late 80s/early 90s and which later stood as a symbol of pointless extravagance. According to a realtor quoted in one article, there are some 15,000 empty condo units in Yuzawa, accounting for 20 percent of all the empty resort condos in Japan. During the bubble period, when these units were new, they were so popular they could be sold at auction, and many went for as much at ¥100 million. Now, many are going for less than ¥500,000, depending on the size. Management fees, however, are still high owing to the fact that many buildings have large communal baths, swimming pools, recreation rooms, and exercise facilities. END_OF_DOCUMENT_TOKEN_TO_BE_REPLACED

According to the 2005 Japanese census, there are 14.5 million single-person households, twice as many as there were twenty years earlier. What’s more, 30 percent are seniors. Almost five times as many men in their 50s and 60s live by themselves now than lived by themselves twenty years ago. The same goes for women in their 40s and 50s. Of these, slightly more than 10 percent have incomes of less than ¥1.5 million a year.

Obviously, most of these single householders fear for their futures, since Japan has no real safety net for such people. However, according to Asahi Shimbun, there is a network that was established in 1998 called SSS, which stands for Single Smile Senriors. Basically, it is a support service for older women who live by themselves. It has grown from 20 members to its present 900. These women take care of one another as they grow older because they have no families to do so and they know they cannot count on the government. The Asahi provides an example of one member who was diagnosed with terminal cancer in her 60s and who was comforted by other members of the network until she passed away. Of course, the obvious question is: Why isn’t there an equivalent network for men?