A survey by the real estate data company At Home conducted last November found that among commuters who worked in central Tokyo, the average time spent traveling one-way to their jobs was about one hour. The “ideal” amount of time that people cited for commuting was 34 minutes. The average response to the question, “At what point does commuting time become too much,” was 88 minutes.

Nothing surprising or, for that matter, particularly enlightening there, but things get more interesting when the stats are broken down into age groups. The average commute time for a person in his 50s who owns his own home is 68 minutes, while the average commute times for people in their 40s and 30s who owned their own homes were less than 60 minutes. We can assume that many of the people in their 50s bought their homes in the immediate post-bubble market of the early 90s, when housing was very expensive and thus people had to buy properties further from their jobs in order to afford them. In the years since then, housing prices have dropped, especially for used properties, so younger workers were able to buy houses closer to their places of work. However, the stats for renters is different. The average commute for people in their 50s who rent was 55 minutes, while that for people in their 40s who rent was 62 minutes. That would seem to indicate that older people who rent are able to live closer to town than do younger people, and that makes perfect sense. 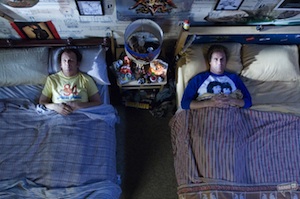 The prime minister’s office recently conducted a survey of people in their 20s and 30s who still live with their parents. In Japan it is relatively traditional for offspring to remain living at home after graduating from school, especially if the offspring is an eldest son who is in line to take over the family business. But except for the eldest son, the other children usually leave after they get married. However, in recent years it appears that more and more adult offspring are opting to stay at home indefinitely as a matter of choice. END_OF_DOCUMENT_TOKEN_TO_BE_REPLACED 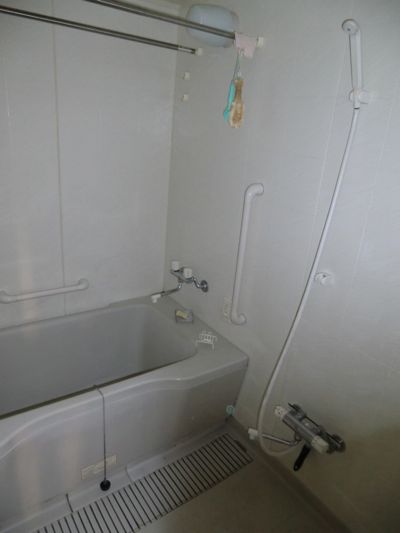 The shower isn’t so appealing either

Plastic “unit” bathrooms are very discouraging places to take baths, although taking a bath is the way most Japanese relieve stress at the tend of the day.  I grew up in a poor environment with a single mother.  Living in a tiny 10-square-meter apartment without a kitchen, a bathroom, or a toilet.  We went to the public bath once a week.  Rental apartments did not usually come with bathtubs until around the 70s.  I now live in an 80-square-meter apartment  with its own bathtub, but a plastic bathroom without a window does not inspire me to take a bath.  The plastic is widely common in present Japanese homes for common people.  It’s not expensive, it’s easy to install, and even easier to maintain.  But it has no taste.  Plastic bathrooms are found in many hotels with less than two stars, but sometimes you can find them even in three-star hotels. -M

A survey conducted by the financial services company Fidelity questioned 10,000 salaried employees of public and private organizations about their plans for retirement. The respondents ranged in age from their early 20s to their late 50s. About 70 percent said that they believe they will be worse off when they retire than the present generation of retirees is.

Considering how badly off the current generation of old people is, that’s a pretty dire projection. Broken down further, 44 percent said that they don’t have any savings for their retirement, which means they will have to live off their national pensions. About 80 percent said they didn’t think their pensions would be enough to live off of.

When asked how much money they would need to survive after their retirement altogether (the survey results do not specify how many years the average retiree is expected to live), the average answer was ¥30 million. When asked how much they had saved so far, the average amount was about ¥5 million, or one-sixth of the amount they feel they will need. If we break the 44 percent who say they have no savings into age groups, we find that 58 percent of respondents in the their 20s have no savings, while 27 percent of respondents in their 50s say the same thing.

Also, only 52 percent say they have some idea of how much money they will receive in pension payments, and of those on 13 percent believe it will be enough to live off of. Forty-three percent believe they cannot survive on it.

What these statistics imply is that many people will have to continue working after they reach mandatory retirement age. That doesn’t necessarily mean they’ll be able to stay on at their current place of employment, and even if they do it doesn’t mean they’ll be able keep their present salaries. Despite all the reform that Japan has undergone in the past two decades, lifetime employment is still a fairly common practice, meaning that for many companies and public offices salary is based on seniority. Employers are thus anxious to shed workers who reach retirement age, so if they hire you back, even for the same job, most likely you can expect a substantial cut in pay. What are the old men of the new Tachiagare Party going to do about that? 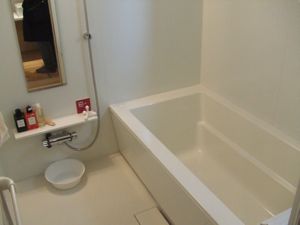 Mujirushi, the inexpensive line of “no-brand” merchandise originally designed for the Seiyu chain of supermarkets in the early 1980s, started selling manufactured homes about five years ago. Like Muji’s household products and clothing, all based on simplicity and function, the housing line has since grown and dedicated fans of the brand, called “mujirah,” can now totally immerse themselves in the Mujirushi aesthetic. There are three general designs: the morning house, the wood house and the window house. Depending on the size, it will run you between 15 and 25 million yen. That’s about the same as other, comparably-sized manufactured homes by companies like Sekisui and Tama, except for one striking difference: the Mujirushi house comes with nothing in it–no shelves in the closets, no lighting, no bathroom fixtures. The idea, of course, is that mujirah will outfit their new homes with Mujirushi goods, which is why the designs are flexible. Walls can be moved, room configurations rearranged, panels installed. You can opt for one of those cheap, ugly “unit baths” or have a specially Mujirushi-certified tile bathroom installed. You can put in kitchen cabinets or just a floor-to-ceiling sliding door behind which you can stack all the Mujirushi off-white containers your heart desires. Most importantly, you can make the windows any size you want–and you can make them all CLEAR glass rather than that pebbled or clouded glass that other housing companies insist on.

Though the product itself is not revolutionary and may, in fact, be out of the price range of most mujirah (you still have to provide the land, of course, which is the real cost of property in Japan), the Mujirushi house could shake up the new housing market substantially. Most manufactured home companies make their money by being inflexible: You have to stick to the design they give you, which is why they have so many of them. Mujirushi only gives you three designs, but enough flexibility within those three so that you can meet your needs and wants easily. The value is in the material and the construction, which means that Mujirushi homes not only qualify for eco points, but also for “long-life housing” tax deductions, since they are built to last much longer than the standard 35 years. Consequently, that also means the resale value will be higher than that for a conventional manufactured home. There are now model homes all over the country.

Despite all the Japanese government’s tax and other incentives to get people to buy and/or build new homes, the domestic housing market continues to shrink. Last year, less than 800,000 homes were built, the lowest number since the peak in 1993. So major home manufacturers and builders are looking abroad for greener pastures and even greener consumers. Sekisui House, whose sales have dropped 60 percent since 1993, has made a concerted push into Australia, where the population is increasing thanks to immigration. Sekisui is building both single-family homes and condominiums. They use the same materials and the same methods that they use in Japan, but the exteriors have been adapted for Australian tastes. In 2009, Sekisui built 6,600 units in the suburbs of Sydney alone. One wonders how the Australians feel about Japan’s box-like interior layouts and ugly unit baths.

Next, it’s onward to Russia and China. Daiwa House is building a lot of rental apartments in Shanghai, though mainly for Japanese expats. Many Japanese contractors are concentrating their efforts on the upscale Chinese market–homes in the ¥90 million range. Hitachi and Toto are also making inroads as subcontractors.