Here’s this month’s housing column about new laws that will affect renters.

Also, today’s Japan Times has a good feature about renting to foreigners. 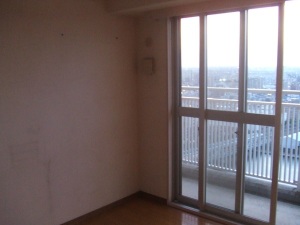 The blur of memory: After the cleanup in Tokyo

We moved from a UR high-rise in Tokyo to a low-rise UR complex in northern Chiba Prefecture. UR makes it relatively easy to move from one of its buildings to another one. The tenant doesn’t have to go through the screening process again (unless he/she is moving to a decidedly more expensive residence), and the security deposit (shikikin) that was paid for the former apartment is transferred to the new one, with the difference either being made up by the tenant or refunded to him/her. In our case it was the latter. Though the new apartment is the same size as the one we rented in Tokyo, it is almost ¥70,000 cheaper per month. The security deposits for UR typically amount to the equivalent of three months’ rent, which is a bit higher at the moment than security deposits for private rentals, but the important thing to remember about UR is that they don’t charge “gift money” (reikin) or contract renewal fees (koshinryo), and also don’t require guarantors or co-signers. END_OF_DOCUMENT_TOKEN_TO_BE_REPLACED