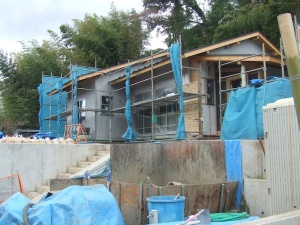 Yesterday Dr. Christian Dimmer tweeted about a Bloomberg article that covered Japan’s housing market, specifically the boost to the Japanese economy that will be brought about by sales of new homes to “echo boomers” (or “junior boomers,” as some in the Japanese media refer to them), the children of the baby boom generation. It’s a good article in that it contains lots of helpful statistics in one place. However, one number stuck out for its incongruity, at least as far as we’re concerned. In the middle of the article, the reporters state that, according to a survey taken by the housing research company Zentakuren, “about 86 percent of Japanese own their own home.” First of all, the diction is imprecise: Does this mean that 86 percent of every single person in Japan owns a home? Of course not. So what does it mean? We assume it means that the home ownership “rate” is 86 percent, but in that regard one has to understand how such a figure is reached. Most likely it means: What percentage of homes are owned by the people who live in them? If that’s what the sentence is saying, it’s a shock to us. We have been working under the assumption that Japan’s home ownership rate has been in the low 60-percentile ranks for decades, and so we double checked. Japanese reports tend to cite the Ministry of Internal Affairs surveys and the most recent one we could find, for 2006, put Japan’s home ownership rate at 61 percent. This sounds about right. Toyama’s, the prefecture with the highest home ownership rate, is 79 percent, while Tokyo’s is about 44 percent. So we looked up Zentakuren’s survey (7,145 respondents) and found that it did not register home ownership but rather how many people “wanted” to own a home.

This is very different from what the Bloomberg article implied, and doesn’t make any sense anyway. If 86 percent of Japanese people owned their own homes, that would probably mean almost all the “echo boomers” already do, so one wouldn’t be able to expect any related economic boost. But in any case, it’s a small error on the part of the writers in relation to the whole article, whose tone is upbeat in that, since housing plays such a huge role in GDP, Japan’s economy will be better off, at least in the short run. What the article doesn’t touch on at all is the previously-owned housing market. As always in financial reports having to do with housing, “house starts” are the main indicator of fiscal health, because new housing spurs construction and sales of more products. Such a statistic is only hopeful in certain contexts, such as the United States, where the population continues to grow thanks to influx of new immigrants and the families they are raising. Japan’s population is shrinking, and every new house that’s built for an echo boomer is one less older house that gets sold, and thus one less opportunity for a current homeowner to capitalize on his or her investment. Unfortunately, these sorts of statistics never figure in most financial reporting about housing in Japan, mainly because no one really knows what sort of impact it will have in the long run, but as we’ve stated many times on this blog, there are millions of vacant homes in Japan that will never be sold, and the number is growing every day. The generation after the echo boomers is already famous as a “lost generation,” meaning a good portion of them have never secured the kind of long-term employment that sustains a country which was once the second biggest economy in the world. Ten years from now, when they come of home-buying age, they probably won’t be able to afford new homes. Maybe they’ll buy older homes, which will definitely be very cheap, in every sense of the word. 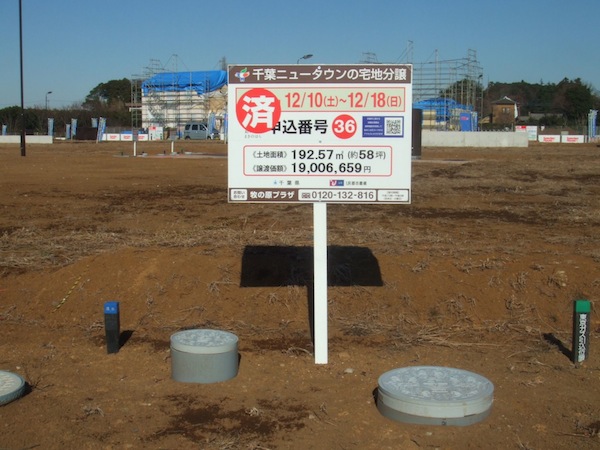 Our Home Truths column this month, which appears in the Japan Times today, is about property taxes, a fact of economic life that is taken for granted. As we imply in the article, most first-time home buyers don’t really take taxes into consideration when they embark on the biggest purchase of their lives, presumably because, like death and…well, taxes, it’s something you can’t avoid so there’s no reason to worry about it. And maybe it isn’t, depending on where you buy property. Outside of large cities and productive suburbs, property taxes can be minimal. What we found troubling, and the reason we decided to write about it, was the frequent looks of bewilderment we received from real estate agents when asked how much a particular property would run a buyer in terms of annual taxes. Some knew approximately, but some said they didn’t know at all and would check at the office (and then never called back because they sensed–rightly, in most cases–that we weren’t that interested in buying in the first place). This was odd in more ways than one. In the most significant way, property tax should be something a realtor knows by heart, since it has a direct bearing on the financial ability of the buyer to maintain whatever loan repayment schedule he or she will be responsible for. In a less signficant but more bizarre way, many real estate companies actually print the annual property tax levy in the ads for properties, so for their agents to profess ignorance is just downright laziness, and also indicates that none of them are ever asked such questions by potential buyers. In other words, the inevitability of property taxes has rendered them a moot concern; maybe people just prefer not knowing. END_OF_DOCUMENT_TOKEN_TO_BE_REPLACED