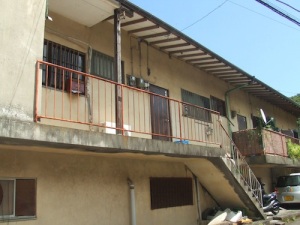 Here is this month’s Home Truths column in the Japan Times. It’s about guarantors, one of the many irritating requirements of renting property in Japan. For related posts from this blog, go here, here, here, here, here, and here. 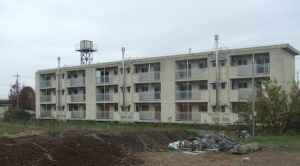 In April, the government decided to extend its subsidy for temporary emergency housing in the Tohoku region by one year. Originally, they allowed for two years, so that means people who are currently approved to live in temporary (kasetsu) housing can remain where they are until at least April 2014. Most of the media coverage of this issue centers on the new housing that was built specifically for the refugees of the March 11 disaster, but in truth most of the units being used for this purpose are existing houses and apartments that the government is leasing from their owners. According to Tokyo Shimbun, in Miyagi Prefecture alone, there are 26,000 minashi–units being rented from landlords–units in use and 21,500 specially built units.

Not everybody was pleased when the government announced the extension. A group of people who own the land on which some of the temporary housing was built expressed concern that they wouldn’t be able to sell their land for another year, and are worried that the government could continue extending the period of habitation indefinitely, which is what happened in Kobe after the Great Hanshin Earthquake. Another dissatisfied group is an association made up of Miyagi realtors and landlords. One would think that landlords would be happy with the extension, since it guarantees income for another year, and probably at inflated rates since the government is paying. However, one Sendai realtor told Tokyo Shimbun that many of the refugees who are living in these minashi units are not homeowners who lost their houses but rather people who were renting apartments or houses that were destroyed or damaged. The realtor says that local governments assigned these renters to minashi dwellings “without properly checking their situations,” meaning, presumably, that the temporary housing program does not discriminate but it should, since there is a difference between renters and owners. Some “adjustment” (merihari) should have been made before the government decided to extend the program another year. Exactly what “adjustment” means in this case isn’t spelled out, but the only natural conclusion is that the renters should be evicted. END_OF_DOCUMENT_TOKEN_TO_BE_REPLACED 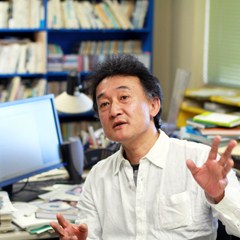 Professor Yosuke Hirayama of Kobe University, probably Japan’s foremost scholar on the subject of housing and social policy, was the subject of a fairly long interview in the Asahi Shimbun recently, and though everything he said has been discussed at length in this blog, his explanation of what’s wrong with Japan’s official housing policy deserves to be summarized, especially in light of the current worldwide movement to close the income gap. For sure, Hirayama’s belief that government must shift its policy away from home ownership may raise the hackles of free market advocates and libertarians since it basically takes for granted the idea that housing is such a basic need for all members of society that the authorities need to be involved. What’s notable is that his ideas are based on classic, some might say prosaic economic principles; but in any case it was government that created the problem in the first place.

In a nutshell, Hirayama says that Japan’s long-time housing policy, which is based on promoting home ownership, has hit a wall, and that the government should shift this policy to promoting rentals. He begins by citing the disaster in the Tohoku region, where home ownership is even higher than the national average and where a good portion of these homeowners are elderly people who live alone. They are already in debt, and to encourage them to build new houses is simply to push them further into debt. Instead, the government should promote the construction of more rental housing and offer subsidies to renters. He mentions that he himself lived through the Great Hanshin Earthquake of 1995, and at the time was renting. Compared to homeowners, he survived the situation without as much emotional or financial trouble, because all he had to do was move. Of course, earthquakes are unpredictable, and by themselves can not be used to argue against home ownership (though he also points out that seismologists predict a better than even chance of a major earthquake hitting a large populated area in Kanto or Tokai in the next 30 years). The point is that renting has its advantages, a notion that has no traction in Japan. END_OF_DOCUMENT_TOKEN_TO_BE_REPLACED 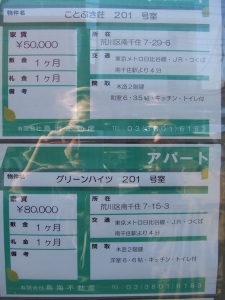 What you see is not what you get

We’ve received two letters in response to our Aug. 2 Home Truths column about renewal fees, both from landlords who obviously want to relate, as Paul Harvey used to put it, the rest of the story. Both letters were sent to the Japan Times, one for the Readers in Council page and the other indirectly to us with a directive that it not be published. Moreover, the RIC letter was published anonymously, so while both of these persons hold strong opinions as to their own situations as property owners neither seems to feel that strong that they might risk exposing themselves to whatever sort of negative reaction landlords can normally expect. This is probably unavoidable. The landlord-tenant relationship is almost by definition an adversarial one; the dynamic fraught with defensiveness. Both landlords basically wanted to show the difficulties of maintaining properties for rental purposes in Japan, and in the process defended the collection of supplemental fees such as reikin (gift money), shikikin (deposits), and koshinryo (rental agreement renewal fees) as essential to their businesses. END_OF_DOCUMENT_TOKEN_TO_BE_REPLACED