Last week the media reported that the Ministry of Land, Infrastructure, Transport and Tourism was devising a plan to limit the number of abandoned houses and apartments in Japan to no more than 4 million by fiscal 2025. As of 2013, the year the results of the last ministry 5-year survey were released, the number of vacant homes in Japan was estimated to be 8.19 million, about 40 percent of which–3.18 million–were not on sale or for rent. At the present rate, the number of abandoned abodes would rise to 5 million by 2025, so the ministry has decided to put into effect measures to bring down that number. They will announce these measures in March.

According to reports, the plan would involve “putting some abandoned houses and apartments back on the market and removing others,” as well as “offering such houses and apartments to low-income earners and families with children.” In addition, the government would also promote “the replacement of aging condominiums.” Any of these measures would require a much larger existing home market, which was worth about ¥4 trillion in 2013. The ministry thinks it can boost it to ¥8 trillion by 2025 and increase the remodeling and renewal market from ¥7 to ¥12 trillion. Since there would be no attendant increase in the population, the new home market would probably have to decrease in order for these targets to make sense; that and salaries would have to see a boost.

Since new housing starts has always been a chief economic motivator in Japan, it’s difficult to imagine that the government would do anything to discourage new home construction, and as long as it’s a priority it will be difficult to reduce the vacant home problem. For one thing, only new home buyers get tax breaks. More to the point, while the problem of abandoned single-family homes can be addressed in a relatively direct fashion–either fix them up to make them sellable or tear them down–the problem of abandoned units of collective housing is not so simple. For one thing, in order for a building to be rebuilt or “replaced,” four-fifths of the owners of the building’s units must approve, and that’s a hard portion to reach, especially given the fact that a lot of condo owners do not live in their units but rather rent them out. According to Yomiuri Shimbun, the government is thinking of changing the law so that absentee owners of condo units can be ignored if for whatever reason they do not participate in the vote for rebuilding. END_OF_DOCUMENT_TOKEN_TO_BE_REPLACED

Last Wednesday, NHK’s in-depth news series, Closeup Gendai, covered the issue of abandoned houses (akiya) in Japan, a topic we’ve addressed several times on this blog. Though the report left out a number of points that we think are essential to the discussion, there is only so much NHK can cover in half an hour, and what they did cover was well considered. Of the major broadcast media, perhaps only NHK can do this since they do not have to worry about offending advertisers. Right now house manufacturers and developers, both of which rely on new housing construction for their livelihoods, buy huge amounts of broadcast time. Certainly the most important point that NHK made in the report is that the nation’s focus on new housing as a means of keeping the economy afloat is not sustainable.

The program reiterated a lot of statistics that we’ve already reported, in particular the figure of 7.57 million homes–single-family houses and condos–that stand vacant in Japan. That’s 13 percent of all residences. Of these, 1.81 million are classifed as being abandoned, meaning not only are they vacant, they are not for sale or rent either. They are just sitting there, about to collapse, all the while attracting garbage and arsonists. Thus they are not only eyesores but safety hazards, and the source of complaints by neighbors, who ask their local governments to do something about them. As we discussed in an earlier post, some localities have passed regulations that allow them to confront the problem, which is difficult to do because, as NHK pointed out, there is a “taboo” against public entities forcing themselves into matters having to do with private property. The model of this new public action is the city of Daisen in Akita Prefecture, where, as of 2011, there were 1,415 akiya. The problem was so bad that the city passed a law allowing authorities to demand of owners that such firetraps be torn down and if the owner did not respond then the city can move in a carry out the demolition itself. Sixty-one houses were initially targeted for action, but so far only two have actually been torn down. The main problem is locating the owners. As it turns out, many have never even registered the properties, which, of course, is illegal, and the first question that we thought of was: If a house was not on the city rolls, it means the owner never payed property taxes, so what was the city doing all these years? NHK didn’t ask that question. It did find the owner of one derelict house who said he had inherited it from his aunt but didn’t have the money (¥700,000) to tear it down. He thought he might be able to sell the land and then use the proceeds to pay for demolition, but he couldn’t find a buyer. So the city tore the house down and, presumably, absorbed the cost. Though the program didn’t say as much, it seems obvious that such a small city cannot afford to tear down every abandoned house in its jurisdiction. END_OF_DOCUMENT_TOKEN_TO_BE_REPLACED 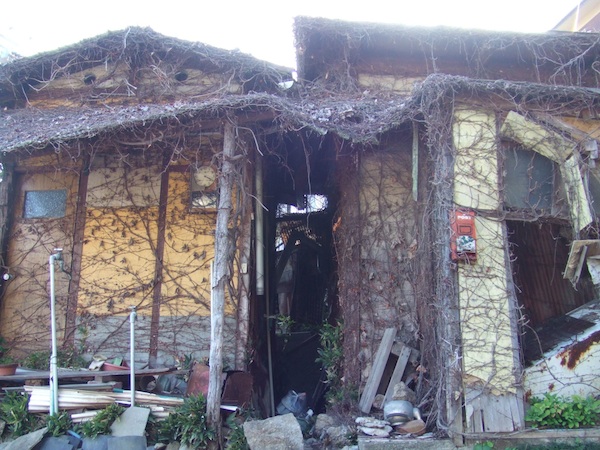 We’ve often talked about how the media has glossed over the worsening housing crisis. Though newspapers, magazines, and TV will occasionally run stories about specific cases of foreclosure in order to illustrate structual economic problems, they almost never connect these examples to the structural problems inherent in the nation’s housing policy, which hasn’t really changed for forty years. Our feeling is that the media itself has too much at stake in terms of advertising to point out these structural problems and that, fundamentally, the idea that new housing fuels the economy as a whole is so unassailable that it doesn’t even occur to many reporters that problems related to housing could be systemic and related to other social problems. But a few weeks ago, Shukan Bunshun ran an article that reflected, at least in part, much of what we’ve been trying to explain on this blog.

The article was about properties as legacies, which most people tend to view as “assets.” However, the reporter discovered that in many cases properties have turned out to be considerable liabilities for heirs, some of whom would prefer not inheriting them at all. The first illustration they give is the most potent. A 53-year-old man who lives and works in Tokyo recently traveled to his home town in Hiroshima Prefecture to dispose of his parents’ house, a 50-year-old wooden structure built on a steep grade. His father died six years ago and his mother, who suffers from dementia, entered a nursing home two years ago. The house is in disrepair and the small piece of land around it is overgrown with vegetation. The neighbors have repeatedly complained to local authorities, and the son understands that he has to do something. He decided to tear the structure down, but the lowest demolition estimate he could get was ¥2 million, owing to the fact that access to the property is difficult. Since he had no intention of using the land and couldn’t afford the demolition, he put it off. One could reasonably assume the cost might have been covered by selling the land, but that was another problem. The title was still under his father’s name, which meant, according to the law, it belonged to his mother. Since she was not legally competent to handle the matter, it fell to the next in line, his older brother, who had been estranged from the family for many years. No one knew how to get in touch with him. So in order for the second son to dispose of the property, he would first have to go to court to assume title, a process that would require a great deal of time and money, neither of which he had. Meanwhile, the neighbors become more angry, but the local authorities can’t do anything. END_OF_DOCUMENT_TOKEN_TO_BE_REPLACED