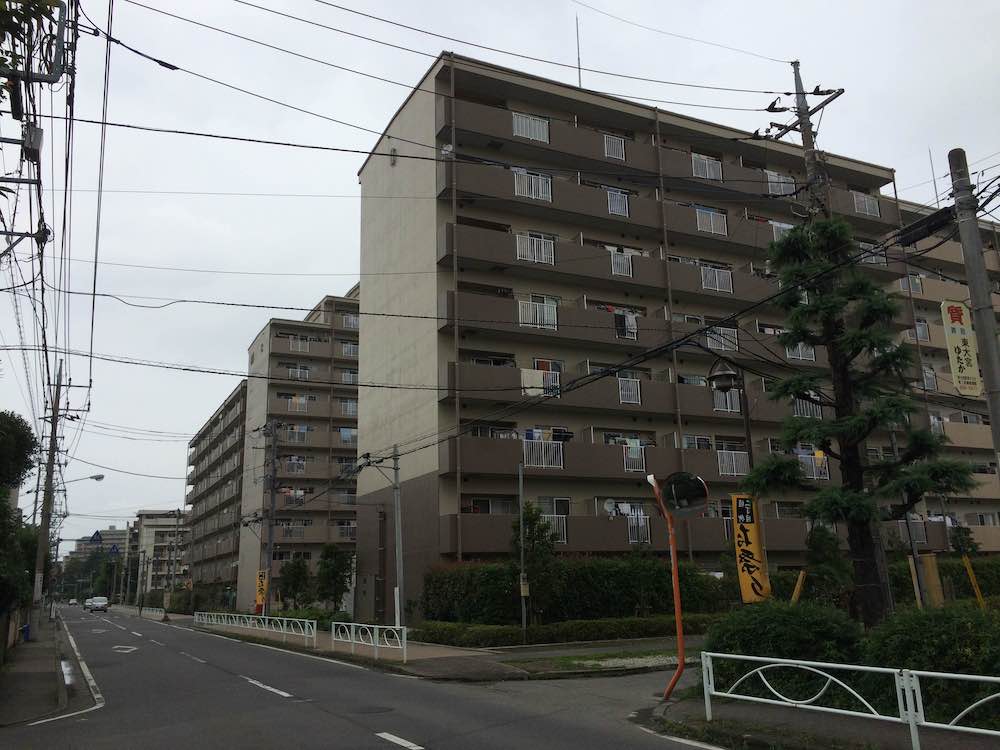 Low income public housing is available in Japan through different levels of local government, either prefectural or municipal, though some larger cities also have public housing run by wards (ku). In almost every situation, however, the applicant, traditionally, has to have a guarantor, ostensibly as a backup in case the tenant is unable to pay their rent. Obviously, because public housing is only available for people of limited or no income, coming up with a guarantor could pose a problem, since it’s entirely likely that the applicant does not have anyone, meaning relatives, they can lean on for such support. In Japan, welfare authorities do not extend public assistance to applicants without first making sure that the applicant cannot tap a close relative for such assistance. It’s one of the uses of the koseki (family registration) system. Once it is understood that the applicant has no relation they can turn to, then welfare officials grant assistance. Of course, this isn’t a universal requirement—as with most bureaucratic processes, it’s up to the individual official—but it’s enough of a protocol to make applying for assistance difficult for many, and when it comes to housing, guarantors are thus required. Usually, officials insist on relatives, since they are more likely to honor the contract.

Now, apparently, some local governments are facing up to reality. An article in the Jan. 20 Asahi Shimbun reports that an increasing number of local governments are eliminating the guarantor requirement for public housing. Asahi Shimbun apparently carried out its own survey and found that 13 major cities in eight prefectures have waived the requirement, and the newspaper predicts that many more will follow.

So far 8 prefectures have waived the condition, with 5 other prefectures “studying” the matter and planning to submit bills to their respective assemblies to eliminate the condition by law. Twenty-five prefectures are also studying the matter but at the same time, they tell the Asahi, they also endeavor to “maintain the guarantor requirement” for the purpose of addressing delinquent payments. (Some local governments require two guarantors) As mentioned above, 13 cities have already elminated the requirement while a number of others are still studying the matter and planning to submit bills.

As of the end of 2017, there were 2.16 million public housing units in Japan with a vacancy rate (more than one year) of only 1 percent. In order to qualify, an applicant cannot make more than ¥259,000 a month, a limit set by the central government. Local governments can set the limit lower. The actual monthly rent is determined by the applicant’s income or lack thereof. Theoretically, once a tenant’s income goes above the ceiling limit, they have to move out, but it’s often difficult to monitor and there are many residents of public housing throughout Japan who make above the legal limit. Not surprisingly, the demand for public housing greatly outstrips supply.

Another reason for doing away with the guarantor system is disabled applicants. The city of Okayama did away with guarantors last March, and according to a woman who works with disabled persons in the city one of the main reasons for the change was that disabled persons were having a harder time finding housing. As she told the Asahi, demanding a guarantor makes no sense if public housing is designed as a “safety net.” Using the same reasoning, a homeless support group in Kita Kyushu convinced the local government to also do away with the guarantor requirement, since homeless people by definition don’t have anyone who can qualify as guarantors. There are also NPOs and NGOs that act as guarantors for applicants who cannot find any themselves.

Nevertheless, Asahi talked to many local governments who want to keep the system, including Osaka Prefecture. Though Osaka in 2018 collected 96.56 percent of the rent that was due from public housing tenants, a very high percentage, non-payments amounted to ¥4.3 billion, a huge amount that the prefecture couldn’t afford to forfeit, and so they tapped guarantors. Representatives of Akita Prefecture told the newspaper that compared to urban areas their residents have “close relationships with family” so there is “no one who moves into public housing who can’t find a guarantor.” An unnamed prefecture in the Tokai region told Asahi that its “administrative division” wants to follow the land ministry notification but that the “finance division” doesn’t want to. Hamamatsu City said that guarantors are not only important for covering delinquent payments but also for taking care of a tenant’s property if the tenant dies in the unit. Tokushima Prefecture said it would remove the guarantor requirement for persons over 60 and disabled persons with family. The requirement would remain for others.