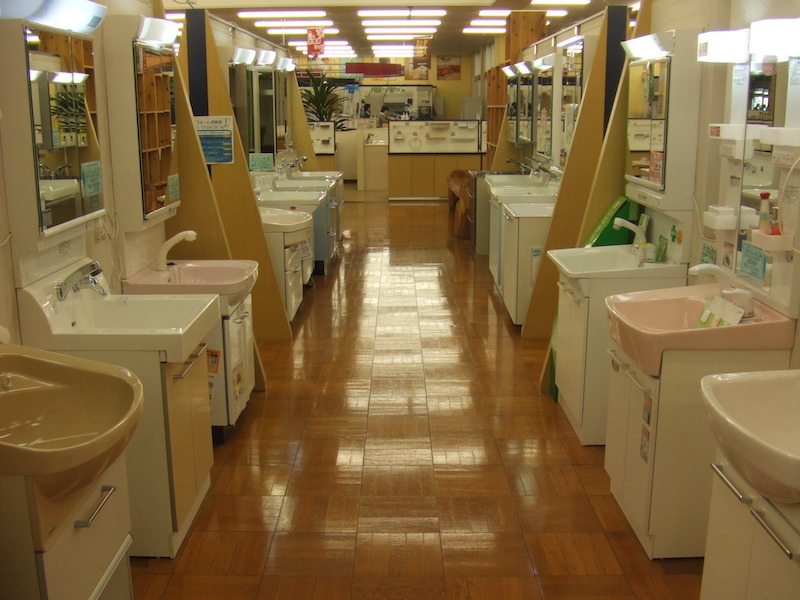 Delivery of bathroom fixtures from Asia has been delayed

Since consumption has declined precipitously during the CV19 crisis, it’s no suprise that the real estate market has suffered considerably. The Nihon Keizai Shimbun has obligingly looked into the particulars, which are mostly predictable but worth looking at in detail. The Nikkei reports that people have essentially stopped looking for new homes, though the effect hasn’t been sustained enough to cause prices to fall just yet; and, in a sense, it might be better if prices did fall a bit, since that would encourage people who may be sitting on the fence to jump off and sign a contract.

The main problem at the moment is that people who have already signed contracts are getting cold feet, even if it’s too late at this point. Nikkei says that more than a few realtors it talked to have said they receive requests from customers to “disinfect” the used condos they buy, thus placing the realtors in a difficult position. As one agent told the newspaper, he understood the sentiment but how exactly he was going to convince the customer that he had cleaned the apartment “to their satisfaction” was going to be a problem. For people who had already signed contracts, it wasn’t a primary issue, but for those who were about to sign, the agent’s response could prove to be vital to the sale. A number of realtors said that more than the usual number of price negotiations had broken down since the pandemic developed. Demand is quickly evaporating unless something happens soon to change the situation.

Another big problem is new units under construction. A lot of kitchen, bathroom, and plumbing fixtures are produced in China, and since the beginning of the year shipments have been delayed or cancelled outright, thus holding up construction schedules. The toilet king TOTO said that they are mostly playing things by ear because they don’t know when orders will arrive from Asia, where most of their manufacturing is done. This is a problem for home buyers because they have their own schedules to attend to, and not knowing when they will be allowed to move into their new abodes could seriously make their lives miserable in terms of changing schools, etc. They might also need more money for rent at the place they are living in at present. Consequently, the pandemic has had more of an adverse effect on prices of new condos, which, at least in Tokyo, are at their highest levels in 29 years. Already used condo prices in the capital have been rising for that reason (though when we say “used” it usually means not more than about 15 years old; anything older is probably still relatively affordable unless it’s right in the center of the city; and, of course, there are tons of cheap condos in the suburbs). One real estate consultant told Nikkei that this price rise will suddenly come to an end, and predicts that used condo prices in Tokyo could drop by up to 20 percent until the pandemic comes under control. That’s because most of the used condo market is controlled by investors, who tend to buy properties when their stocks are doing well. They aren’t at the moment, which means sales of used condos are drying up.

As for new condo prices, developers are notoriously averse to reducing them even during sales slumps. That’s why so many market people are watching the prospects of the Harumi Flag complex, which was built to house the Olympic athletes before being restructured and sold as condos. Because the Olympics has been postponed until next year the sales schedule has been thrown for a loop, and that could screw up the whole new condo market in Tokyo due to lessening demand. But, again, if demand is low, prices could drop, meaning more people will be able to afford to buy. Also, if the government ups it stimulus game, it could nudge some of those undecideds toward a purchase, especially if, as expected, interest rates are also cut. As it stands, that hasn’t happened yet. The fixed rate for a government-guaranteed Flat 35 mortgage is now 1.3 percent, about 0.06 points higher than it was in March. And while an economic slump usually means lower rates, it also means less job security. But, as the consultant says, if teleworking catches on, many workers may find more asset value in their homes, since they will be able to declare tax write-offs by working from home.

Which is just to say, nobody really knows what the future holds.