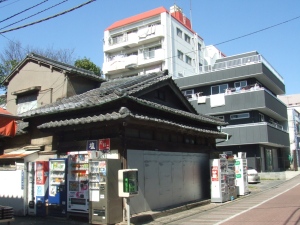 According to the weekly magazine Aera, there are now about 7 million vacant housing units in Japan. That includes both condominiums and single-family homes, but not rental units. This number is apparently increasing at the same time that developers are busy building more new houses and condos. Many of these empty houses are for sale and many are not, but in any event the magazine predicts that both vacant houses and new houses will increase in a kind of weird lockstep.

The main reason is the rapidly aging society combined with the poor quality of postwar Japanese houses. The article gives an example of a 74-year-old woman living in Chiba Prefecture, about 30 minutes by train from the center of Tokyo. The woman placed her two story house, which sits on 230 square meters of land, on the market more than four months ago. Her husband currently lives in a nursing home that is about two-and-a-half hours away by train, and the daily journey is too much for her, so she has rented an apartment near his nursing home. She is asking for ¥60 million for the house and so far has received only a few inquiries. A local realtor says that it’s almost impossible to sell a house in the area for that kind of money; maybe ¥20-30 million. So likely the house will remain vacant indefinitely.

This seems to be the situation nationwide. Elderly people can’t live in Japanese postwar housing, which tend to be two stories because of the small land parcels; but they also can’t sell those houses because the structures usually have very little value after thirty years. Moreover, they can’t pass them on to their children, because their children don’t want them, unless they happen to be in cities. Aera describes a once-thriving suburb about an hour from Tokyo. You walk out of the train station and the connecting streets are all lined with houses that are boarded up, with vegetation climbing up the walls, choking the yards.

It will get worse. Most boomers bought their homes during the inflationary “bubble era” of the 1980s. Their homes are only worth about 50% what they originally paid for them. They can sell the land, but with Japan’s population shrinking there were be fewer prospective buyers. Meanwhile, developers are creating new housing developments on previously empty land. Japan will soon become two countries–overcrowded cities & suburbs, and sprawling ghost towns.