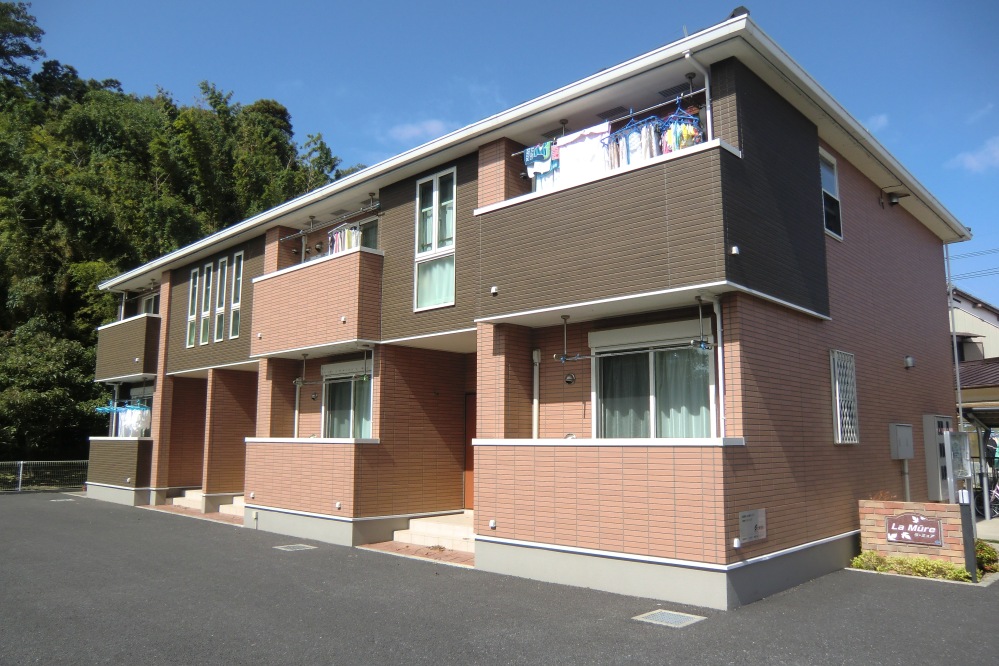 These are the kinds of apartments subleasing companies build.

We’ve already talked about the sublease racket. The term has a special meaning in Japan that’s related to a specific real estate scheme designed to sell apartment buildings to people with extra money. Construction companies build small apartment buildings on unused land for the owners of that land and then manage the property for them through a sublease arrangement that requires them to pay a guaranteed “rent” every month. The logic is simple. The property owners have to pay higher taxes on land that is empty and so they build an apartment building for purposes of reducing those taxes and providing income. The construction company then does all the work of finding tenants and managing the property.

As we’ve mentioned in past posts about this scheme, it heavily favors the construction company, which gets out of its obligation for guaranteed payments to the landlord through various small print loopholes. The construction company, which usually has a real estate subsidiary, is only really interested in building, and understands that as Japan’s population declines it is going to be more and more difficult to find enough tenants to make even small apartment buildings profitable. Consequently, they make sure there is something in the management contract that allows them to get out of the deal if things go south, and invariably they do.

An article in the February 22 Asahi Shimbun reports on several lawsuits being brought by landlords against subleasing builders. Most of these seem to be against the company Leo Palace 21, one of the biggest subleasers in Japan. In one case, an 80-year-old man from Chita, Aichi Prefecture, is suing the company in Nagoya District Court, saying that LP21 built a 20-unit apartment for him in 2005 and promised in the sublease agreement to pay him a fixed income for 30 years, regardless of how many tenants the building had. According to the agreement, the landlord would receive ¥777,800 a month for the first ten years. However, according to the fine print, the subleasing company can “demand” that the owner reduce the rent by ¥100,000 after five years if there are any “management difficulties.” This is exactly what happened, and the plaintiff accepted the condition. But later, conditions improved but rent did not return to its previous level, so now the owner wants LP21 to reimburse him for the lost revenue. When Asahi talked to LB21, the company’s publicity department said that it did not increase its rent to the owner to previous levels because of low “market rates” in the area where the building was located. They tried to negotiate with the landlord through arbitration, but it didn’t work out, and so the landlord is suing.

The article goes on to say that there is an “owners group” of other landlords who also have sublease agreements with Leo Palace, and that they are thinking of suing for the same reason. It seems likely that these sorts of suits will increase in the future, because subleasing had caught on among people with money who want to invest it profitably.

With interest rates on housing loans near zero, real estate is the obvious solution for these people, and construction companies hold seminars all the time, pointing out how easy the sublease scheme is. At one such seminar, held near Tokyo Station and covered also by Asahi Shimbun, a 27-year-old salaryman told the reporter that he didn’t think his pension could support him when he got older and was looking for a surefire investment. He planned to borrow money and buy several empty apartments–not build them in this case–and then have a realtor manage them and give him the profits. However, he was also looking into the construction/sublease arrangement, though it sounded a bit too expensive for him in Tokyo.

Subleasing makes more sense in the suburbs and the countryside, where land is relatively cheap and regional banks are desperate for loan customers. Asahi talked to a 74-year-old farmer who built a two-story rental apartment building about 20 minutes from Toyama Station on farmland that he no longer uses. “I thought it was going to waste,” he told the Asahi reporter, so he took out a 30-year mortgage for ¥90 million from a regional bank with a fixed rate of 0.1 percent. This farmer seems to be a typical customer for the sublease scheme, and according to the land ministry the number of financing contracts to build rental housing has increased in recent years, despite the fact that the population is dropping. In 2016, there were 418,000 construction starts for rental units–both apartments and houses–a 10 percent increase over 2015, the first time rental housing construction starts increased in 8 years, and most of it occurred in rural areas. A realtor in Toyama told Asahi that he receives a lot of inquiries into buying and building rental properties. More to the point, the Bank of Japan reports that ¥3.8 trillion was lent to individuals, not companies, in 2016 for the purpose of building rental properties, 21 percent more money than was lent in 2015. This figure represents 10.3 percent of all the money lent by banks in 2015.

However, in terms of making money, only construction companies are benefiting from this rental boom. TASS Research reports that the vacancy rate for rental apartments “after the second year they go on the market” in Tokyo is a whopping 30 percent, the highest it’s ever been. This trend puts downward pressure on rents nationwide. In an interview with Asahi last November, economist Keisuke Nakahara said that only new apartments are guaranteed to get tenants in Japan nowadays since so many are being built, and as soon as tenants move on to something else it becomes increasingly difficult for landlords to find replacement tenants, so while the sublease scheme works as it should for a number of years in the beginning, revenues eventually fall off and rarely come back. The construction/management companies know this and incorporate such eventualities into the contracts in order to protect themselves down the line.

Another problem with the sublease scheme is that there is no coordination, even within the same construction/management company. There is always a certain amount of demand in the larger cities for rentals, but in the countryside, where much of the sublease action is, renters are scarcer. However, construction companies build apartment buildings for different property owners sometimes within close proximity of each other, thus making them compete for an already small pool of potential renters. Again, the construction company doesn’t care because its only concern is building. The result is something rather odd: a rental apartment bubble in agricultural districts. And if you want to take the problem even further, you can say that by allowing farmers to use their land for something other than farming, they are destroying Japanese agriculture, because that land could be better used for farming if it was bought by, say, larger farming collectives who could use it more efficiently. Small farmers, who are desperate to hang onto whatever land they have, are just too powerful in Japan, but that’s another, older story.