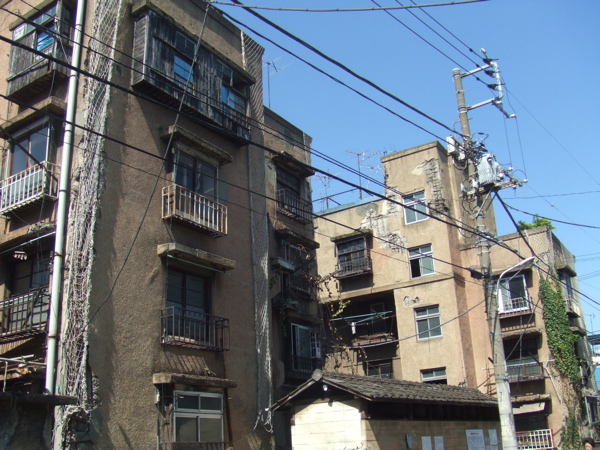 The Minowa Apartments, located in the shitamachi or old residential area of Tokyo, are currently being demolished. Built in 1928, the Minowa complex was one of 16 Dojunkai public apartment buildings constructed throughout Tokyo following the Great Kanto Earthquake of 1923. These structures were the first concrete-and-steel-bar collective housing buildings in Japan, and some historians consider them valuable cultural assets. The Minowa Apartments, for instance, survived the US firebombing of Tokyo in 1945 (though they were definitely damaged), and architects have often said they represent the best in terms of Japanese design ideas that were developed before the war.

Dojunkai were built by the government between 1926 and 1934 as a substitute for the wooden structures that burned so easily following the earthquake. After the war, they were all sold to their tenants, except for one building in Otsuka, which was designated as a public apartment building run by the city and for specific use by single women. In the last ten years all the apartments were demolished except for two, and now that Minowa is coming down, the only one left is the Ueno-Shita Apartments in Taito Ward, built in 1929 and still occupied. 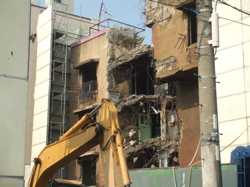 According to various media reports, the remaining occupants of the Minowa Apartments wanted to sell their stakes and have the building demolished a long time ago, but historical preservation groups blocked any such moves. Apparently, those groups’ legal options have all been used up. A ten-story condominium will be built in its place.