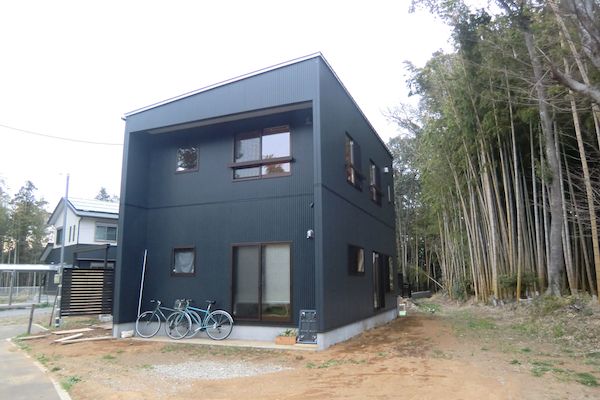 The move was relatively straightforward and painless, and even cleaning up the apartment turned out to be less of a hassle that it’s been at other apartments when we left, mainly due to the fact that we were only there a little more than two-and-a-half years.

But the settling-in has taken time; not so much the arranging of furniture and figuring out storage options, but wondering about all the stuff we told A-1 we didn’t need because we were going to do all that ourselves. As mentioned previously, we had no real idea what the place would look like once it was finished, so we didn’t want to predecorate it and then later find out that it didn’t work; which is the way most people go about building a house. In the weeks leading up to the move we had bought shelves and racks and lights and curtain rods and curtains as we assessed the interior during its evolution into living space. We still needed blinds on all the windows, floor coverings, ceiling fans–not to mention extra counter space, since all we had was the kitchen island on the second floor. Though we aren’t huge fans of Ikea, we decided to do a run on the home furnishings monolith since it would just be easier to order what we needed all in one place and have it delivered all at one time. As usually happens when people go there, we left exhausted, frustrated, and a little abashed at the fact that we had let the place get to us. But we found most of the stuff we needed.

We ordered one set of drapes for the bedroom at Mujirushi, but their blinds were over-priced, we thought, and there wasn’t much of a selection in terms of colors. So we went to Nitori, a home furnishings store that’s a notch or two below Muji in terms of stylistic cachet. We were quite pleasantly surprised with the selection of blinds–about a hundred different colors–and they could custom make each set to the exact specifications of the windows, which were all different sizes. Nine sets came to a little more than ¥100,000. Later we ordered lace curtains for the smaller windows on the north side of the house, 7 in all, and it was less than ¥20,000. For the two square windows in the “living room” (more of a nook) we bought Japanese noren–the curtains that hang at the entrances to restaurants and public baths–and put them over the windows suspended from pipe we bought at our local DIY store. END_OF_DOCUMENT_TOKEN_TO_BE_REPLACED